More than half of all people living with HIV worldwide are women, and yet they continue to be under-represented in the HIV response. A recent Canadian study of women living with HIV aims to break this glass ceiling, shedding important light on what opportunities exist and what barriers persist towards closing the gap for women living with HIV, a highly underserved community both in Canada and around the world.

The study was published in the journal Health Care for Women International and was led by, with, and for women living with HIV, in collaboration with allied researchers, clinicians, and community partners, as part of the Canadian HIV Women’s Sexual and Reproductive Health Cohort Study (CHIWOS).

The release of study findings was well-timed as people around the world marked the 26th Annual World AIDS Day on December 1, 2014 amid a new push by the United Nations to end the epidemic by 2030. This year’s World AIDS Day theme, “Close the Gap,” aims to raise awareness and action around empowering and enabling all people, everywhere, to access the HIV services they need to achieve and maintain health.

Study authors collected qualitative data from women living with HIV across British Columbia, Canada, to explore their experiences accessing HIV services and their visions for change to improve the care and support women receive. They found that while women living with HIV want a say in the development of policies and delivery of services that affect their lives, a glass ceiling exists which prevents many HIV-positive women from taking on leadership roles in their care communities, while also serving to compromise their overall health and access to care.

When asked to describe their experiences accessing services delivered by their peers, women in the study reported a range of informational, social, emotional, and practical benefits associated with care that is driven by lived experience. These supports not only helped women cope with their diagnosis and living with HIV but also navigate complex health and social care systems.

When it came to how women felt about providing those services, a mutual exchange of support and reciprocity was observed in which HIV-positive women, as providers, were also able to benefit from this kind of peer-driven care. Through capacity building, peer mentorship, and collaborative networks, women developed personal and community leadership skills. They also felt validated for their lived experiences and developed a sense of ownership and control over crucial areas of their lives.

Importantly however, study findings also revealed numerous structural barriers impeding women’s meaningful involvement. Many women reported organizational policies against hiring patients, which put them in the distressing situation of having to choose between remaining clients or forgoing their access to essential care in order to become paid employees. Not surprisingly, most women settled for volunteer rather than paid positions.

In the study, women also reported disempowering attitudes towards their capacity to contribute, often being type-casted as poorly educated or very ill and thus assigned low-level activities rather than meaningful, challenging work. Additional barriers included unequal representation throughout levels of decision-making and balancing the need to protect confidentiality with women’s desires for transparency around having women with HIV working in organizations. Overall, these challenges weakened women’s sense of belonging and affective commitment to these organizations, which created barriers to maintaining access to their own care and attending to their ongoing health-related needs.

Several recommendations were offered to address these barriers, including ending employment discrimination against an agency’s own clientele and advocating for equal pay for equal work without discrimination by gender, HIV status, or other forms of social difference. The study also called on clinics, AIDS Service Organizations, and other community agencies to continue to develop policies and structures that explicitly support women’s involvement and better facilitate a range of peer roles. Supporting women living with HIV, study authors advocate, also requires that organizations address discrimination in the workplace and promote an understanding that different forms of knowledge and experience are equally valued.

“Women living with HIV bring a wealth of talent, skills, knowledge, experience, and passion to the table”, says Valerie Nicholson, CHIWOS Peer Research Associate, study co-author, and Aboriginal woman living with HIV. “I would like to honor all the positive women who have fought for many years to crack this glass ceiling. Now we need to smash through it and make sure it doesn’t reform on anyone else.”

World AIDS Day is an opportunity for policy makers and care providers to listen and respond to what women living with HIV are saying.

Closing the gap is possible, but only by ensuring that the pathway to women’s meaningful involvement in HIV response is unobstructed and that their health and access to care is uncompromised in the process. 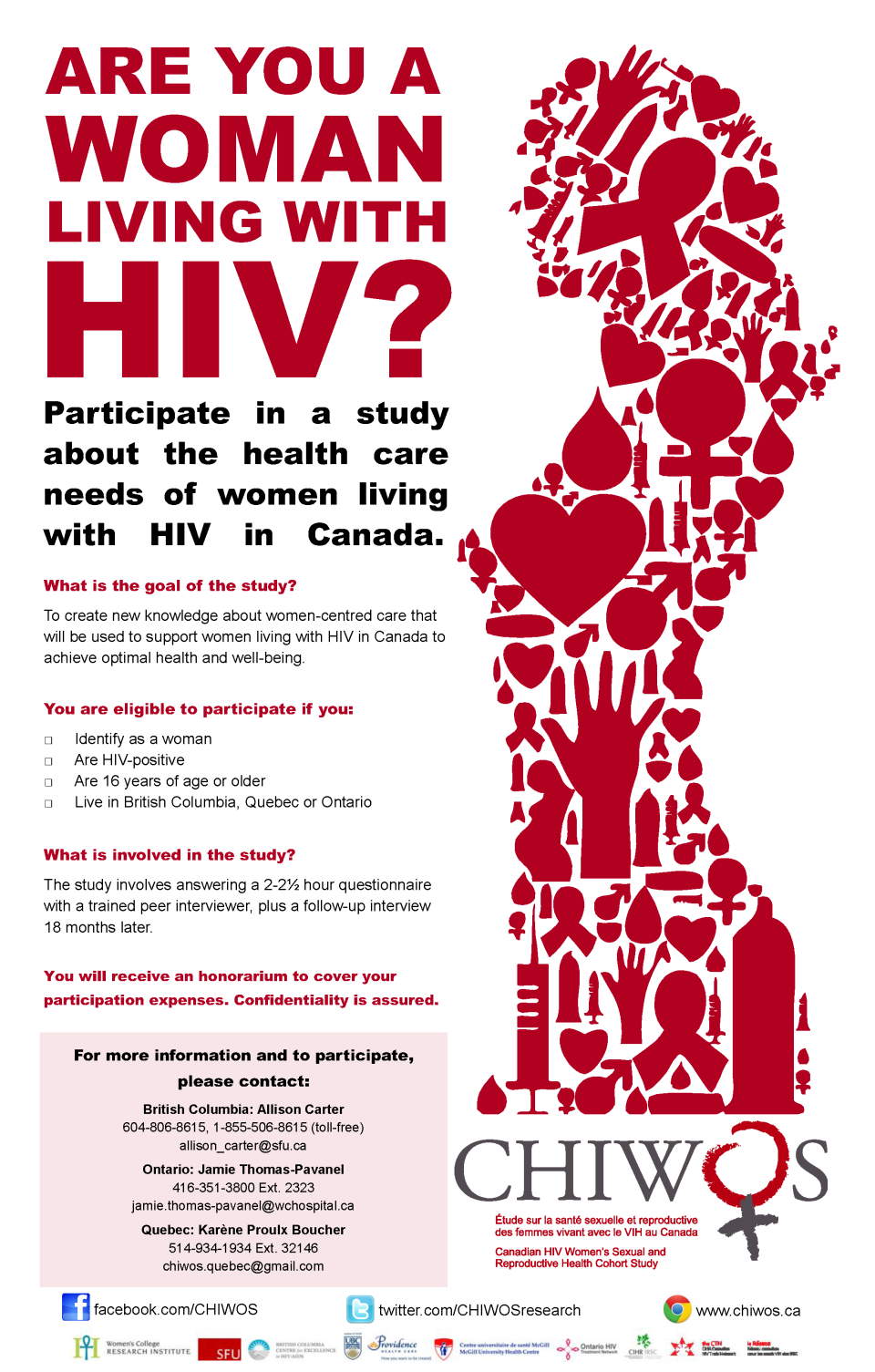