The Interagency Coalition on AIDS and Development (ICAD) and Results Canada are pleased to jointly launch two new resources focusing on the collaborative TB and HIV response. The resources, ‘Moving Forward from the Canadian Policy Dialogue on TB and HIV: Key Policy and Programming Considerations for the Canadian Response to TB and HIV‘ and ‘Implementing the UN Declaration on Tuberculosis: A Guide for Canadian Community Organizations Involved in the Response to TB and HIV’ are a result of a multi-sectoral policy dialogue on TB and HIV hosted by our two organizations and the work of a national Advisory Committee. 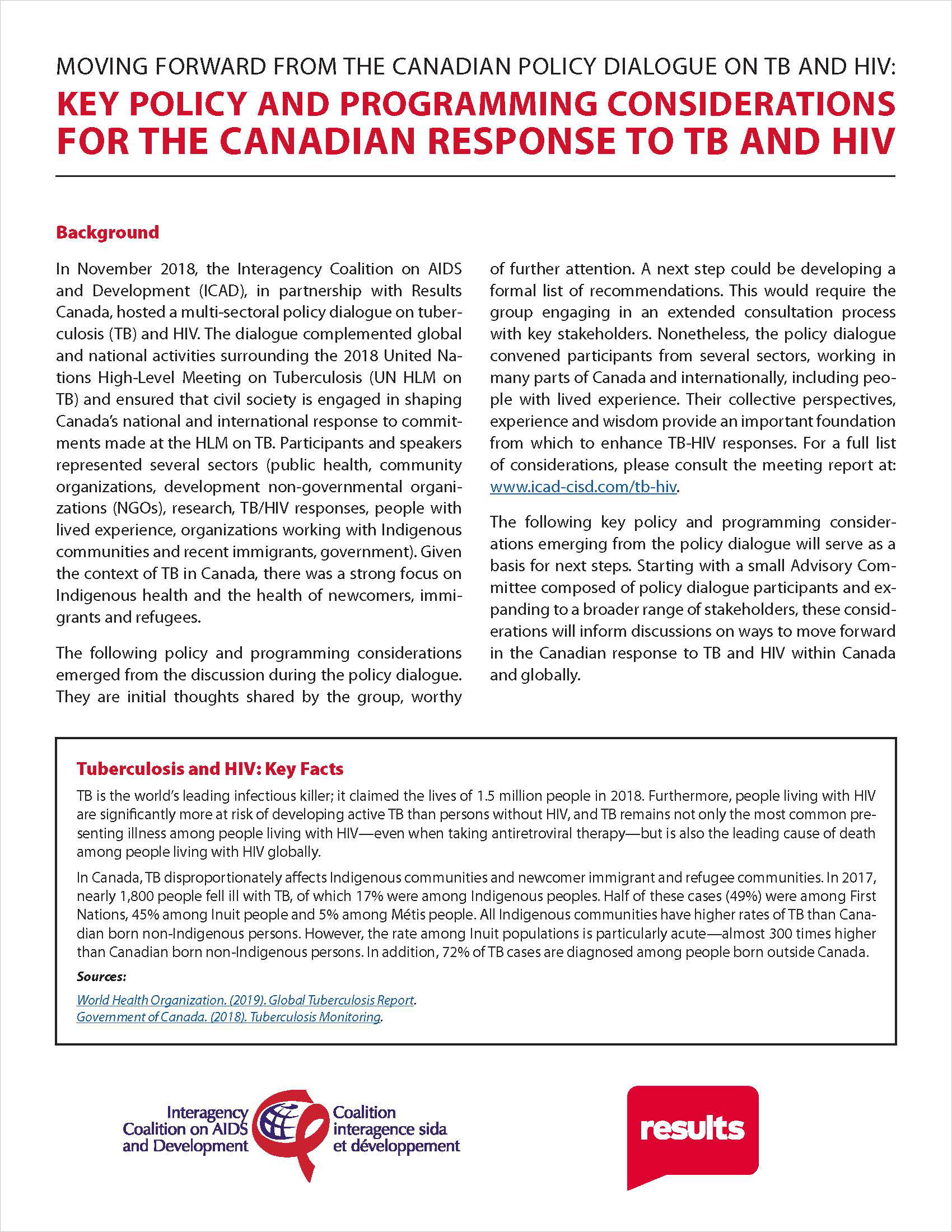 This resource is the result of multi-sectoral policy dialogue on TB and HIV which brought together participants from several sectors, working in many parts of Canada and internationally, including people with lived experience and those most affected in Canada, namely Indigenous and newcomers. Their collective perspectives, experience and wisdom provided an important foundation from which to enhance the TB-HIV response in Canada and was the beginning of an important dialogue in Canada between the two sectors. The resource outlines 12 key policy and programming considerations to inform discussion on ways to move forward in the Canadian response to TB and HIV within Canada and globally. Each consideration is accompanied by potential actions to serve as next steps.

Implementing the UN Declaration on Tuberculosis: A Guide for Canadian Community Organizations Involved in the Response to TB and HIV 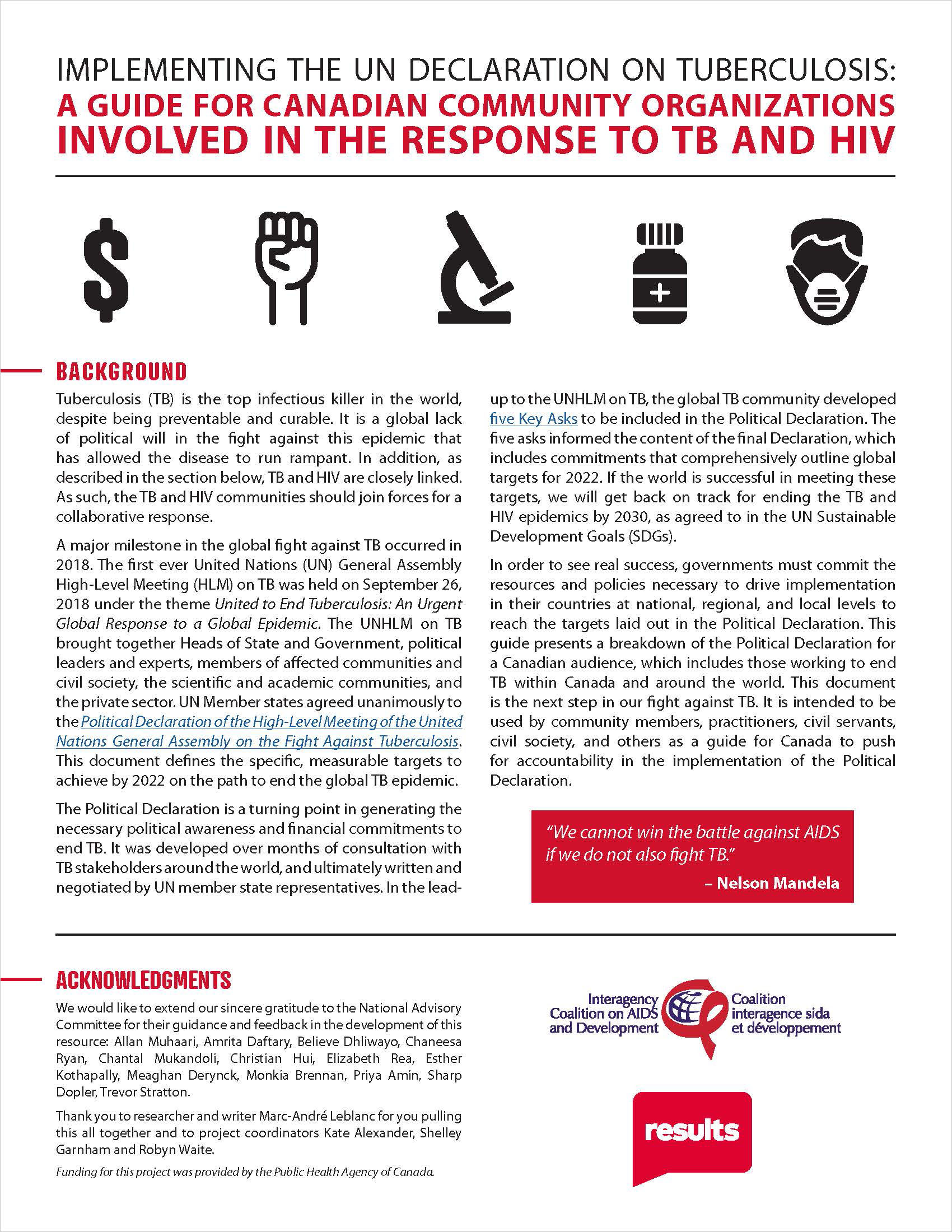