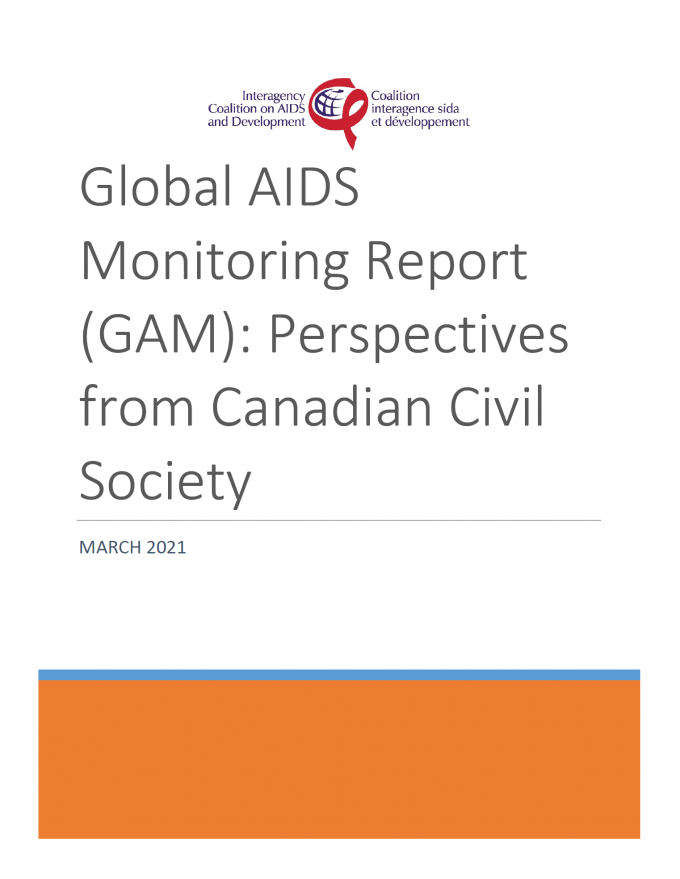 Every year, Canada, along with other signatories of the 2016 United Nations Political Declaration on HIV and AIDS: On the Fast-Track to Accelerate the Fight against HIV and to End the AIDS Epidemic by 2030, reports on its progress towards meeting the commitments.

The Interagency Coalition on AIDS and Development (ICAD) was contracted by the Public Health Agency of Canada (PHAC) to solicit feedback from Canadian civil society organizations about the status of, and response to, Canada’s HIV epidemic in the past two years to inform Canada’s submission of the 2020 Global AIDS Monitoring Report (GAM) to the United Nations Joint Programme on HIV and AIDS (UNAIDS).

The GAM is the framework and mechanism though which countries submit reports on progress towards the commitments in the 2016 United Nations Political Declaration on Ending AIDS, adopted at the United Nations General Assembly High-Level Meeting on AIDS in June 2016.