HomePublicationImplementing the UN Declaration on Tuberculosis: A Guide for Canadian Community Organizations Involved in the Response to TB and HIV 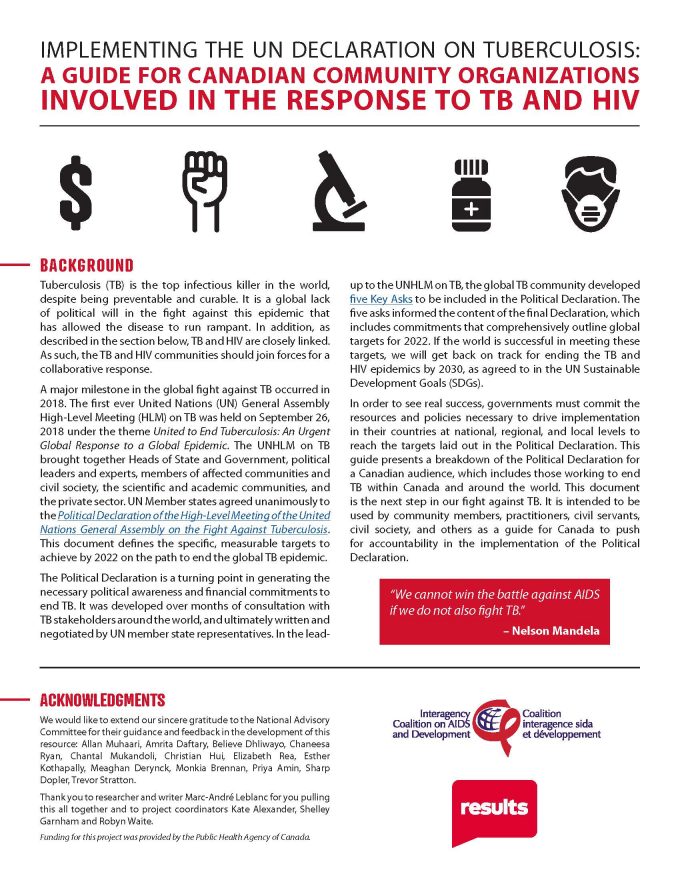