A 6-minute snapshot of the affected TB community and civil society voices as well as other important moments at the UN Interactive Civil Society Hearing on TB on June 4 in New York.

Global Coalition of TB Activists' book Women & Stigma - Conversations of Resilience in the war against TB was launched at the UN Civil Society Hearing last week in New York. This book was launched by Lucica Ditiu, Executive Director […]

Why does gender matter in the fight to end the TB epidemic?
How does TB affect women and maternal health?
Gender is a key priority for the Canadian government, how can Canada take a leadership role in the TB response?
What role does Canadian civil society have to play?

Gender and TB : Gender is an area often neglected by those seeking to end the TB epidemic. While men tend to disproportionately contract the disease, TB has a significant impact on women worldwide. TB … END_OF_DOCUMENT_TOKEN_TO_BE_REPLACED

This guide is for people who have tuberculosis (TB), people who are at risk for it, and the people who take care of them. It explains what global standards are for TB prevention, treatment, and care, so you can know […]

This blog first appeared on the Huffington Post Canada. By Shelley Garnham, RESULTS Canada I have a particular affinity for Isaac Newton’s famous quote,   “If I have seen further than others, it is by standing on the shoulders of giants.”   I’ve always been short — except for a brief time in grade four when I hit average height, and then apparently stopped growing altogether. So I’ve spent most of my life getting quite good at strategizing how best to amplify my view. I have, on occasion, been known to climb atop furniture/counters/shoulders when needed. I know how valuable a boost up can be. Whether literal or metaphorical, gaining a little … END_OF_DOCUMENT_TOKEN_TO_BE_REPLACED

The Global Ministerial Conference aims to accelerate country implementation of the WHO End TB Strategy in order to reach the End TB targets set by the World Health Assembly and the United Nations (UN) Sustainable Development Goals (SDGs). The Ministerial Conference will inform the UN General Assembly High-Level Meeting on TB in 2018.

This blog first appeared on the Huffington Post Canada here .

It’s not a bird, and it’s not a plane. Despite the similarities, it isn’t another formulaic superhero, headlining a blockbuster movie coming to a theatre near you, and it hasn’t taken in billions of dollars in box office receipts worldwide.

Though it should. It’s a real-life battle between good and evil, not unlike many that we’ve seen before. We love watching heroes take on villains and come out on top — seeing humanity (or our hyper-capable proxies) work together to defeat evil on behalf of our planet. But resemble as it might … END_OF_DOCUMENT_TOKEN_TO_BE_REPLACED

This blog first appeared in the Huffington Post Canada here .

Try for a moment to put yourself in the shoes of an adolescent. Adolescents aren’t children and they aren’t adults, either. It is a time of deep emotional and physical upheavals. Relationships are often the centre of your changing world. So imagine if you can how it must feel to be an adolescent living with HIV. I was one of them and I count myself lucky to be here to tell my story.

In May, I met Prime Minister Justin Trudeau to talk about how I was able to overcome the challenges of living with HIV … END_OF_DOCUMENT_TOKEN_TO_BE_REPLACED 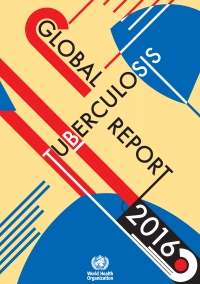 WHO has published a global TB report every year since 1997. The main aim of the report is to provide a comprehensive and up-to-date assessment of the TB epidemic, and of progress in prevention, diagnosis and treatment of the disease […]