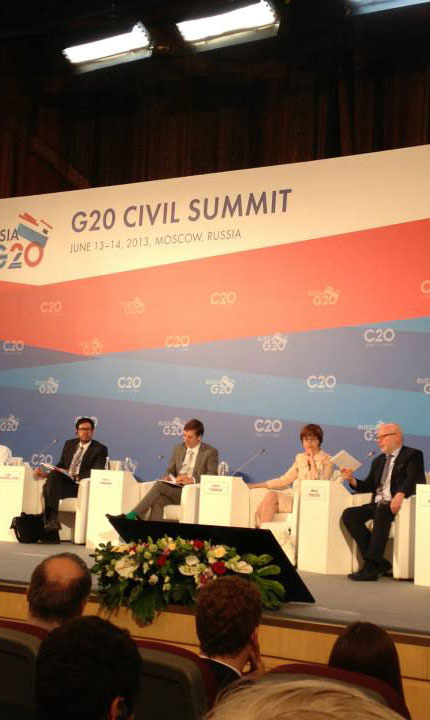 Shaping policies that will help us achieve a world without AIDS

ICAD is at the forefront bringing a collective Canadian voice to global and domestic dialogues that inform priorities, policies and programs and enhance Canada’s response to HIV and related co-infections in global health and development. We engage at the national and international level, drawing on the wealth of experiences of ICAD members, to ensure that HIV remains priority within health and development agendas internationally and domestically.

We bring together the voices of diverse stakeholders including Parliamentarians, government officials, affected communities, and civil society groups in Canada and globally to discuss critical policy issues that affect the health and well-being people living with and/or at risk of HIV in Canada and abroad.

At the national level, ICAD convenes multi-sectoral policy dialogues, round tables, e-forums, consultations and briefings, and works closely with the Canadian all-Parliamentary Global Health Caucus on HIV, TB and Malaria.

ICAD is also an active voice in global arenas, networks, and campaigns promoting social justice in HIV and international development, and acts as a convener between Canadian civil society, the Canadian government, and multilateral organizations such as the Global Fund to Fight HIV, TB and Malaria, and UNAIDS.

The role that ICAD plays in connecting Canadian organizations and Canada to the world is key and is unique to them. It happens with UNGASS, the [UNAIDS] PCB, Global Fund, and International AIDS Conferences.